"The most important thing is to be your own best friend. Whatever you are doing - don't put yourself down. Slowly begin to discover which, for you, is the path of the heart. Which path in life will make you grow? That is the path to take."

Posted by Enlightened Living at 10:57 No comments:

My life is my message

“It is better to allow our lives to speak for us than our words.”
~ Mahatma Gandhi

I recently read about a story of Mahatma Gandhi when he was pursued by a journalist through a train station.  Gandhi politely declined his questions and was about to board on the train to leave.

Finally, the train was pulling out of the station with Gandhi on it, the journalist called out from the station platform, “Sir! Sir! Please give me your message for the people!”

Gandhi smiled and shouted back, “My life is my message!”

Gandhi’s life message was of someone bold enough to take a stand against tyranny through non-violent actions and movement. He lived a minimalist lifestyle with a strong sense of purpose. His life demonstrated his message, his stand for something big and bold - addressing poverty, and ending the tyranny of British colonisation, which inspired a whole nation.

It struck me how in life, rather than living from a place of standing for something audacious, we instead often get caught up with day to day dramas, issues and attachments. Attachments to opinions, to objects, to people, etc. There are also now, more than ever, a range of influences vying for our attention - the news with its focus on negativity, advertisements wanting us to seek for the dream car, holiday or body. To name a few. All this can serve to distract us, take our focus off the longer term vision and passion that rests within us, in our soul and spirit.

There were a lot of people against Ghandi in his time, not least the powerful British empire. He ended up dead at the hand of an assassin. And in comparison, do we remember anyone who wasn't taking a stand at the time? Whether they be fellow indians that preceded Ghandi, or even the British and their complaints and arguments to maintain British rule?

No. What we do remember, is the amazing stand that Ghandi took - going as far as to put his own health and life on the line - that he would go to his grave if he had to, in the quest for living his life, his message. The power of his stand deserves to be remembered.

Throughout history, many of our own ancestors have probably stood and fought for something grand - like victory against (and independence from) an enemy. In contrast, we live in a time in which the threat to us is not necessarily a visible enemy. Many of the most pressing threats seem so much bigger than us that it is hard to see what we can possibly do. Issues like climate change, poverty, the threat of disease, mental and physical illness, world peace. What to do?

Maybe, we have just gotten so used to living our ordinary lives, that we have forgotten the power of taking a stand. The power that is possible within each of us. What if just a few of us tapped into our own stand? And what if this grew to become a community? Which grew to influence the society and environment in which we live?

This isn't a pipe dream. People, leaders and communities have shown the power of taking a stand time and again. Ghandi (and India), Martin Luther King (and African Americans), and perhaps even someone like David Attenborough (using his documentaries to encourage action on climate change). The stand that the allies took in World War 2 also stands out to me - the bravity of every single soldier running into the line of fire - assembled to take a stand. Most of us have dreams and goals of some form - a stand for something - and it is ordinary for this to be focused on our selves. It is extra-ordinary for this stand to be placed on something bigger than ourselves.

I suggest that we live in a time in which life is calling for more of us to step up, to align our dreams and actions to something bigger than ourselves, for the common good. Beyond simple self-ish betterment. There is so much difference that each of us could make - in our own perfect way.

So when the time comes to look back over your life, what message would you like to be remembered for?
Posted by Enlightened Living at 14:03 No comments: 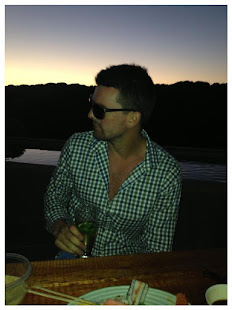